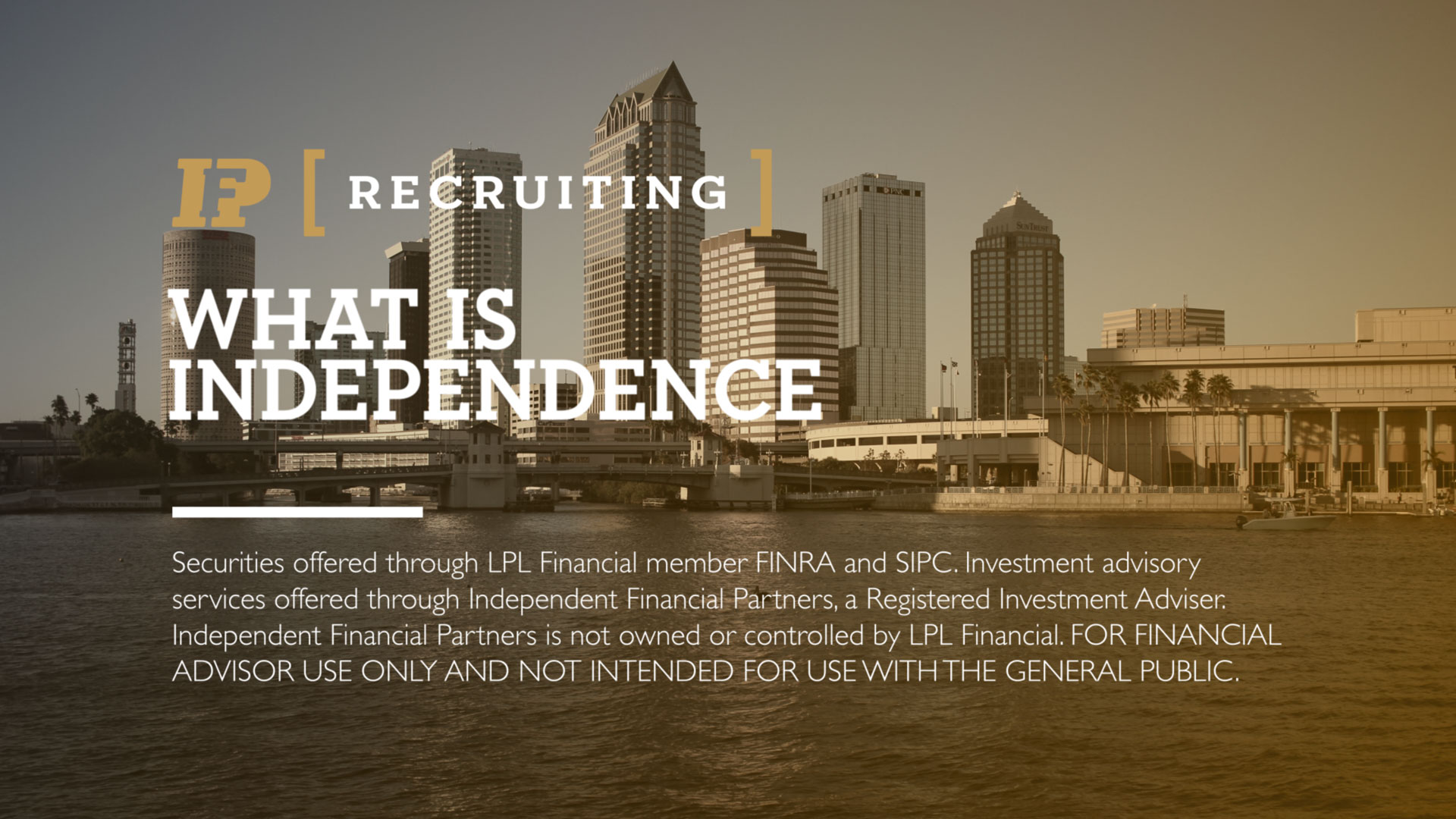 Hi. My name is Ned Van Riper. I’m the Director of Advisor Recruiting with Independent Financial Partners. We’re an SEC registered RIA, and as the breakaway advisor movement continues to gain traction, I wanted to talk about the term independence, perhaps squash a few misperceptions about what independence is and is not.

Independent But Not Alone

Breakaway advisors, captive advisors, they hear the term independence, and they think that they are going to be alone or they think they’re going to be without support and service. Who do they turn to for the normal questions they have on a daily basis? And they’re so used to their current branch environment that they had their branch manager compliance team, ops team, right down the hallway. They can turn to questions and answers at any given time. And they’re surrounded by a dozen or more advisors they can bounce ideas off at any given time.

As a former wirehouse advisor myself for several years, I would make the argument that there’s more support and more service within the independent space, especially if you’re partnered with the right firm. What independence is is control and it’s ownership. And yes, economics are stronger, too. But advisors break away to form their own business that they have the ownership of. They control the branding and they control the message and the value they provide to their clients. And they’re not told how they do it. It’s how they want to do it.

The ability to serve the clients really resonates with advisors because that’s a different model than what they’ve been used to on the captive side. There’s no firm requirements, and again, they have, with the right firm, more support, more service, and more specialists that they can pick the brain of and get support and help from all day long.

I hope that gives a little insight into what independence is and is not, and I appreciate you watching.